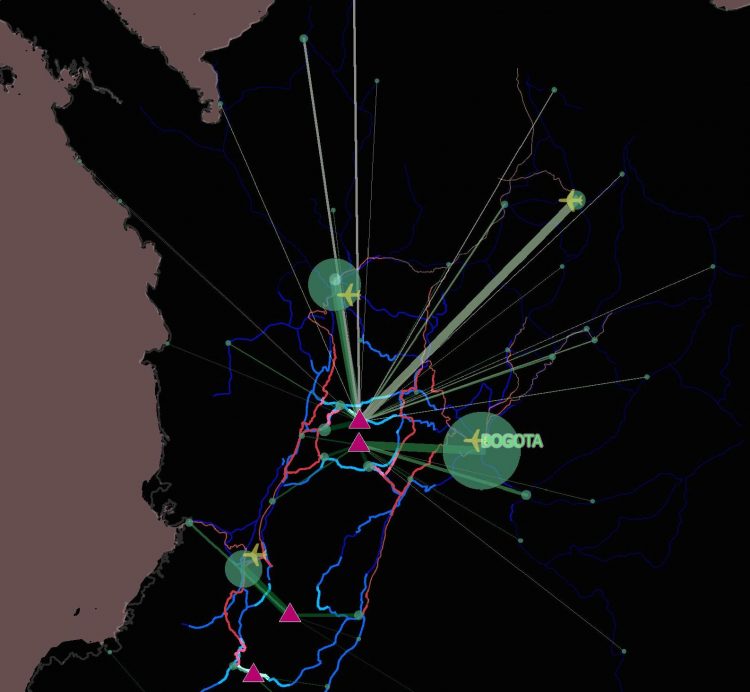 This snapshot encompasses a large, highly populated area with over 120 Million inhabitants from the southern USA to the Caribbean and equatorial Brazil. Active volcanism is present in several volcanic belts from Mexico to Ecuador, as well as in the West Indies. Since 1900 AD some 57 separate volcanoes have erupted and of these 12 have been associated with particularly strong eruptions (VEI greater than 4). 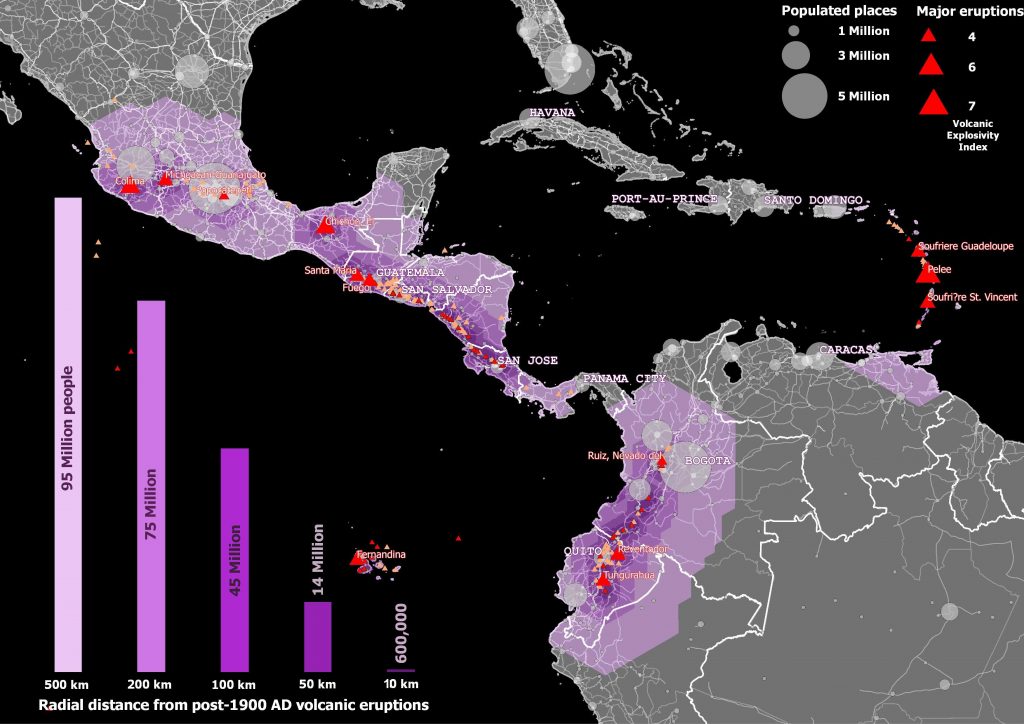 Snapshot of a volcanically active region from Mexico to Ecuador and the West Indies.

The most deadly volcanic event to occur in this region was the infamous Mount Pelee eruption of 1902, which led to the deaths of some 30,000 people on the island of Martinique. However, it’s important to note that a fierce explosive eruption isn’t necessarily required for there to be disastrous consequences. Unfortunate combinations of events and/or bad timing can also lead to major volcanic disasters. Take the 1985 eruption of Nevado del Ruiz in Columbia for example. This glaciated stratovolcano erupted with a VEI =3 (only 3% the volume of the 1980 Mt St. Helens eruption), but a chain of events led to the formation of several lahars that devastated the city of Armero and caused the deaths of more than 23,000 people. The high humber of casualties was, in part, due to the great distances that the lahars travelled from their source. In fact they travelled more than 70 kilometres, a distance equivalent to that separating the active Popocatapetl Volcano in Mexico from the metropolitan centre of Mexico City (> 20 million residents).

Clearly proximity is an important consideration to make when analysing volcanic hazard, particularly in relation to the distributions of key infrastructure such as transport and communication routes. 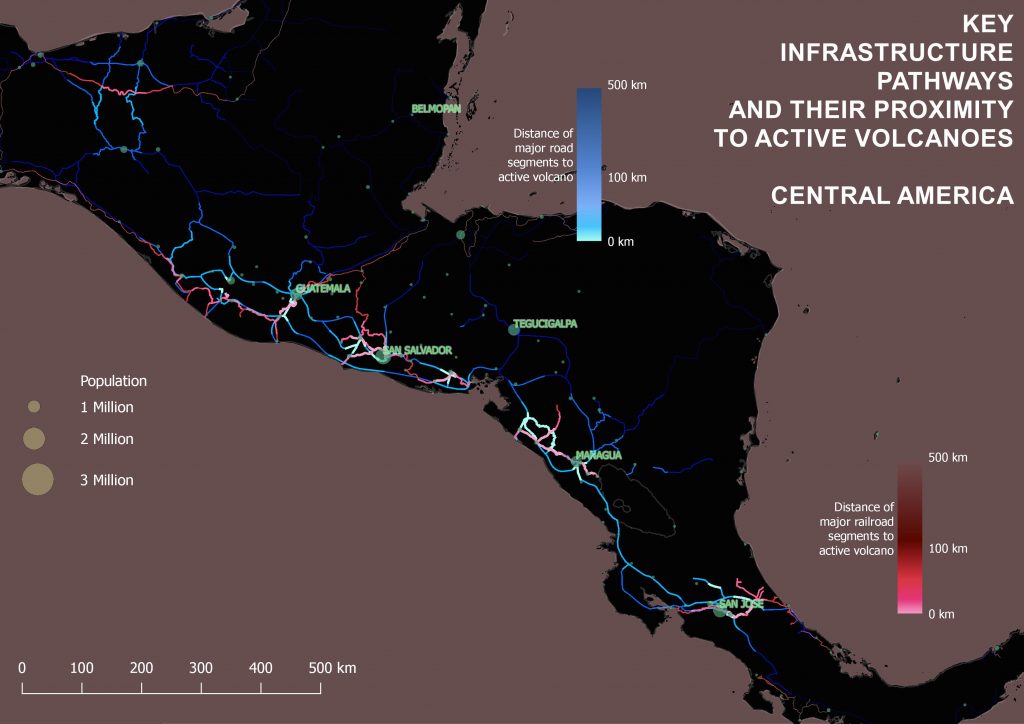 Locations of critical infrastructure in Central America. Note that routes between countries are restricted by the region’s geography. Damaged sections of these transport links could seriously affect the flow of labour and exports, which could have dire economic consequences.