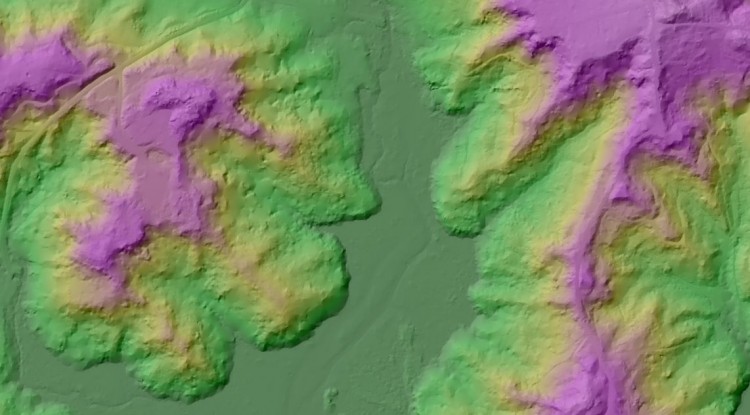 I’m sure many of us have been strolling along the waters edge somewhere and imagined what will happen when sea level rise really begins to impact our coastal regions. What would happen to your favorite beach?  How would that flash house behind the dunes be affected? Should we move further inland or build a house on top of a hill? Will my insurance cover the damages?

Suggestions of catastrophic sea level rise (up to 66m) due to complete runaway melting of the Earth’s ice caps are present in the media, but we are unlikely to see changes of this magnitude in our lifetimes.  That is not to say that global warming will not have huge impacts on our lives, but that’s for someone else’s blog. Realistically, we’re more likely to see a <2 meter sea level rise during the 21st Century. But the global effects of this seemingly small rise are difficult to fathom with large proportions of agriculture in low-lying or coastal countries like Bangladesh already highly susceptible to extreme weather events such as floods and cyclones.

In the meantime, we can take a look at how sea level change could impact the geography of a place, using Auckland, NZ as a case study.  Using a DEM (Digital Elevation Model) of Auckland City a 3D model can be processed in QGIS using the 2threejs plugin.  Then you can select “custom plane” in the controls menu and a horizontal surface will be produced, which you can manipulate to cut the DEM at selected heights.  Colour the plane blue and this is a good proxy for the sea surface.

Creating a GIF or  Adobe Flash video from the selected frames is fairly straight forward if you have the right software.  You could use Adobe Illustrator or Photoshop, but go see for yourself how much it costs to maintain licenses for these.  I find Gimp a really good open source alternative to Photoshop! Build your images up by pasting them into the layers menu.  Then export as a GIF.  This method can of course be used for any time-series imagery and is a nice, simple way to animate your website.

What I wanted to test was the sea level rise that would be required to geographically isolate central Auckland. The resultant GIF posted here gives some insight into the geography of the Auckland Isthmus, which is essentially supported by a backbone of young, resistant volcanic rock thanks to its volcanic field. As sea level rises, Auckland becomes an archipelago with a large island forming a refuge for the remaining central Aucklanders (after a rise of around 35 meters). This is perhaps when Kevin Costner will sail down from Waterworld!

But more realistically in the near-term areas most prone to inundation are either valuable coastal real estate (e.g. parts of Devonport, Tamaki Drive), reclaimed land (e.g. Victoria Park, Ports of Auckland) or former marginal land that has been drained for industry (e.g. parts of Onehunga and New Lynn). These areas are relatively small, but contribute greatly to the city’s commercial and infrastructure networks so it’s worth thinking about. Detailed impact assessments that integrate extreme weather events will be the key for addressing urban development in the context of population growth and migration going forward.