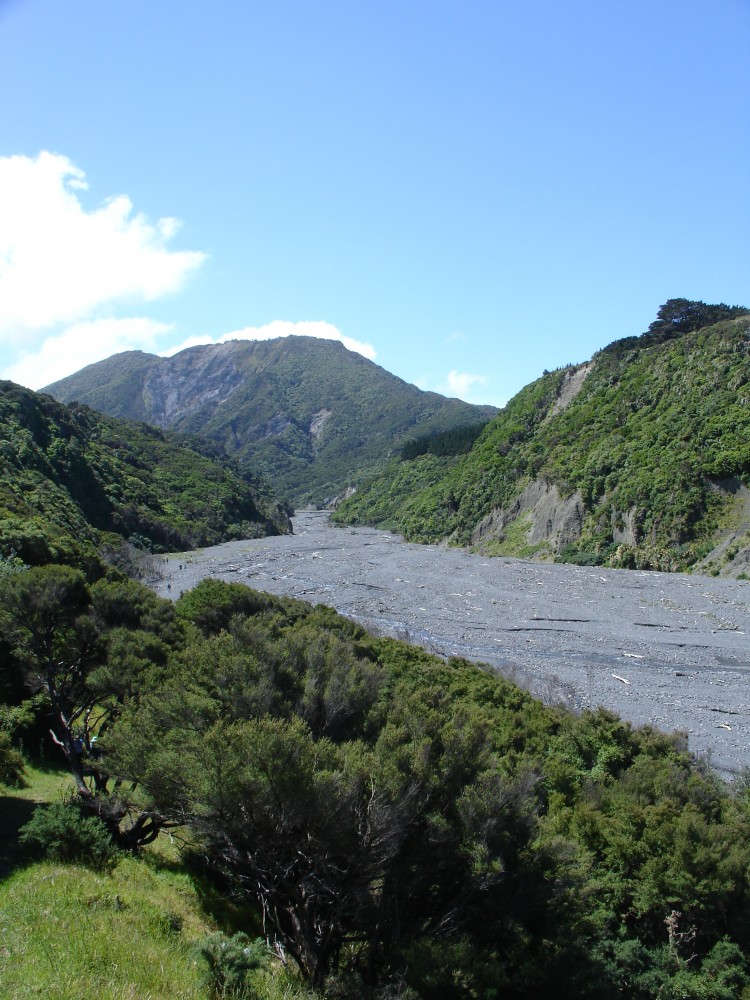 On the back of the Geosciences 2015 Conference held in Wellington, New Zealand, Prof. Tim Little from Victoria University of Wellington led a field trip to visit exposures of the Wairarapa Fault, an active, strike-slip fault in the southern North Island. This fault is attributed to the infamous magnitude 8.2 Wairarapa Earthquake of 1855 AD and was the largest seismic event in New Zealand’s recorded history. Fault movements during this event led to significant geographic changes in Wellington Harbour. The most obvious legacy of this event is preserved by the location of Lambton Quay, a major road in the CBD that is currently separated from Wellington Harbour by some 200-250 metres. This road marks the pre-1855 shoreline in downtown Wellington and highlights how sensitive geography can be to geological processes in an active tectonic environment!

On the field trip we drove east from Wellington across the spectacular Rimutaka Ranges observing exposures of Cretaceous Torlesse Supergroup basement rocks in road cuttings along the way before making our way down the Wairarapa Valley.  By descending into the valley, we unwittingly crossed the Wairarapa Fault, somewhere just before the town of Featherston. Continuing south from Featherston we drove parallel to the Wairarapa Fault, which marks the eastern extent of the Rimutaka Ranges making stops along the way and finishing the trip in the remoteness of Paliser Bay.

At both localities we were shown the geological relationships that allow the seismic record in the rocks be understood. As you look back in time, these relationships get more complex, but researchers who have studied the geology associated with the Wairarapa Fault and Wharekauhau Thrust have built up a very good tectonic evolution relating fault movements to New Zealand’s active tectonic setting. Their methodology utilises a multi-disciplinary approach to tectonic analysis by integrating the fields of stratigraphy, sedimentology, geomorphology, structural geology and geochronology. This overarching field of “paleo-seismology” is incredibly important for the study of seismic hazard as the results of such studies help geoscientists understand earthquake process (rupture lengths, kinematics), periodicity and magnitude. Understanding “where and why” can help with prediction and preparation for “when and how”.

Overall this was an excellent trip that combined spectacular scenery with outstanding geological relationships that were backed up by an arsenal of very well documented scientific research. Communication of this research and its implications for earthquake activity/seismic hazard to the general public is becoming increasingly important, because as the built environment expands into tectonically active areas a corresponding increase in public hazard awareness and preparedness is crucial.

Find a link to the field trip guide here.